Just leave out the cola – the big effect of small changes

Many people underestimate the huge impact that small changes in everyday life can have in the long term. This leaves a lot of potential untapped. Instead, attempts are made to bring about great changes by bending or breaking, which are difficult to sustain in the long term. This means that you have to start over and over again. But it does not have to be that way! Let me show you an easier way how you can change your life without tearing your arm off.

I am often asked what is the best way to start if you want to improve your diet or do sports and get fit . I usually advise you to start with a small step in the right direction. Find something that can be a small positive impulse and establish it as a new good habit in your everyday life.

In this article I would like to illustrate the possible effect using a practical example. This should show you how you can achieve big effects in your life with very small changes. Finally, I want to tell you about my work colleague Paul, who took this first step. 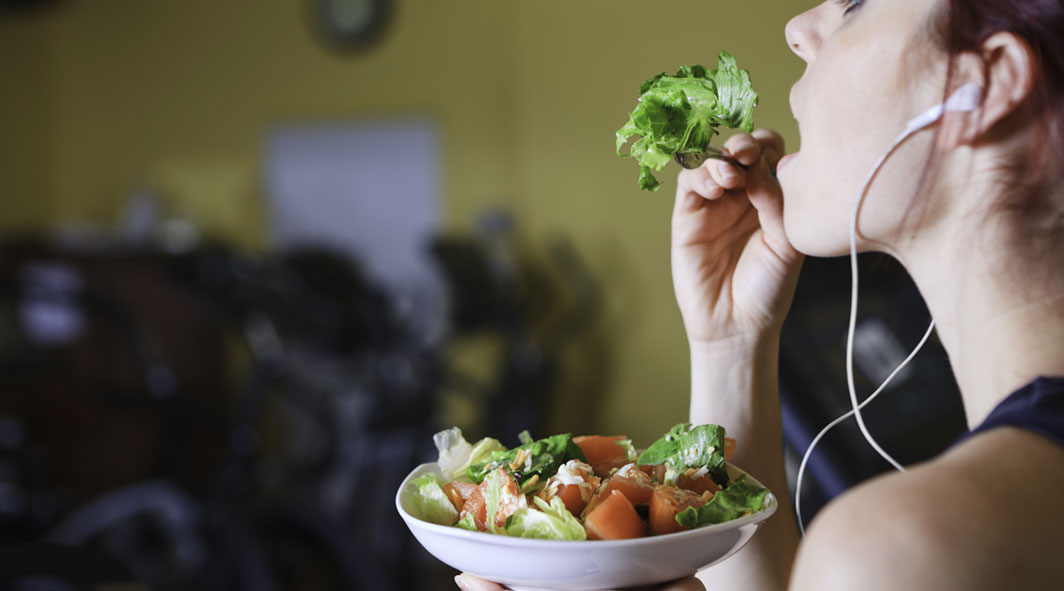 In the course of this article you will learn:

Why you should go without the cola

Most people can understand the example with the Cola. Many of my friends and colleagues drink the sugary lemonade every day. I used to like to have a bottle of it myself.

Cola is also such a good example because most people understand that it is not good to drink a lot of cola. With the high amount of sugar, artificial colors and phosphoric acid (why is there something like that in a drink?), It is known that this drink is not good for yourself or your health. At the same time, however, for many it is quite conceivable (at least for a certain period of time) to forego drinking cola or to limit consumption. The step is not too big.

In addition, the leverage with Cola is really huge, as I’ll show you in the next section using a simple calculation.

Does it have to be cola?

Of course it doesn’t have to be cola that you do without. Drinking a different lemonade, eating a particular candy, or doing some other little habit every day can be a good first step too. It is important that the change is not too big, affects a common habit. In addition, the change should give you the feeling of doing something good for yourself and your body.

How many calories you save by avoiding cola

You are probably familiar with the saying “Small cattle also make crap”. There is a lot of truth in this statement.

If you only drink 500ml of cola a day that you will leave out in the future, it might seem like a trifle to you. However, the calorie savings you get from this are enormous. What do you estimate, how many calories you could save in a week, a month or even a year just by doing without a small 0.5 l bottle of cola a day?

To be aware of this, I just did the math. The bare numbers will probably give you a much better feeling of how big the impact of such a small change can already be. I would like to briefly introduce this calculation to you here:

Since calories are always a bit abstract, I also converted them into body fat. This amount of body fat can also be burned or built up less with this small change.

Now imagine that just by making such a small change, if you leave everything the same, you would lose almost 11 kilos more body fat within a year. Somebody should say again that small changes won’t help. 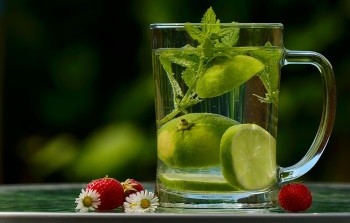 Of course, it is much less useful if you replace your cola with another lemonade or juice. You should use water or unsweetened tea instead. If necessary, a very diluted juice spritzer will do the same. The calorie savings are then not quite as great. By the way, omitting is not recommended because most people drink too little anyway.

Even a small change gets the ball rolling

With the last section I was able to convince you of the possible positive benefits of a small change. Now I would like to tell you something about the domino effect that such small changes can trigger. I want to show you how you can bring about really big and great changes through this as if by yourself .

For your subconscious, every change is always a weighing of effort and benefit. Even if you are logically aware of the benefits, your subconscious can assess it differently. Especially with big changes, internal resistance is often so great that your inner weaker self prevents you from doing it. This is due to many existing and deeply rooted habits and beliefs that are not easy to give up.

However, if you are now making a small change in which you are only uprooting a small unwanted habit, then with a little willpower this is still quite easily possible. If the change has been successful and the positive consequences have occurred, your subconscious gets confirmation of the benefit. This will make it much easier for you to implement the next small positive change. So you can practically get used to changing your habits .

If the changes and the successes are big enough, a real pull can arise. This can bring you to gradually make more positive changes in your life. All of this happens without you having consciously tried to establish it. You got the ball rolling and triggered a positive domino effect.

Going without a coke a day can be enough to get this rolling for you.

How long you should at least go through this

Now you have started drinking a bottle of water every day instead of your cola. But after a few days you will notice how it is getting harder and harder to stay consistent. You may be wondering how long it will take before it becomes easier to hold out. Perhaps you are also looking for ways to increase your stamina .

Of course, there is no exact rule that applies to everyone. However, there is a good rule of thumb that has now been confirmed by several studies. This rule says that after about 30 days the new behavior is so deeply anchored in the subconscious that it has become a habit. Of course, this habit is not yet as strong as habits that you have been following for years. However, some automatisms have already been initiated to help you maintain them.

So after about 30 days it will be a lot easier to stick with it. So plan to make it day by day and hold out for at least 30 days. After that you will still have to be careful not to fall back into old patterns, but it will be much easier for you.

In addition, if you do without a Coke on the day after the first 30 days, the first results may already be visible. These can also help you To motivate yourself and to persevere until your new, good habit is on autopilot. 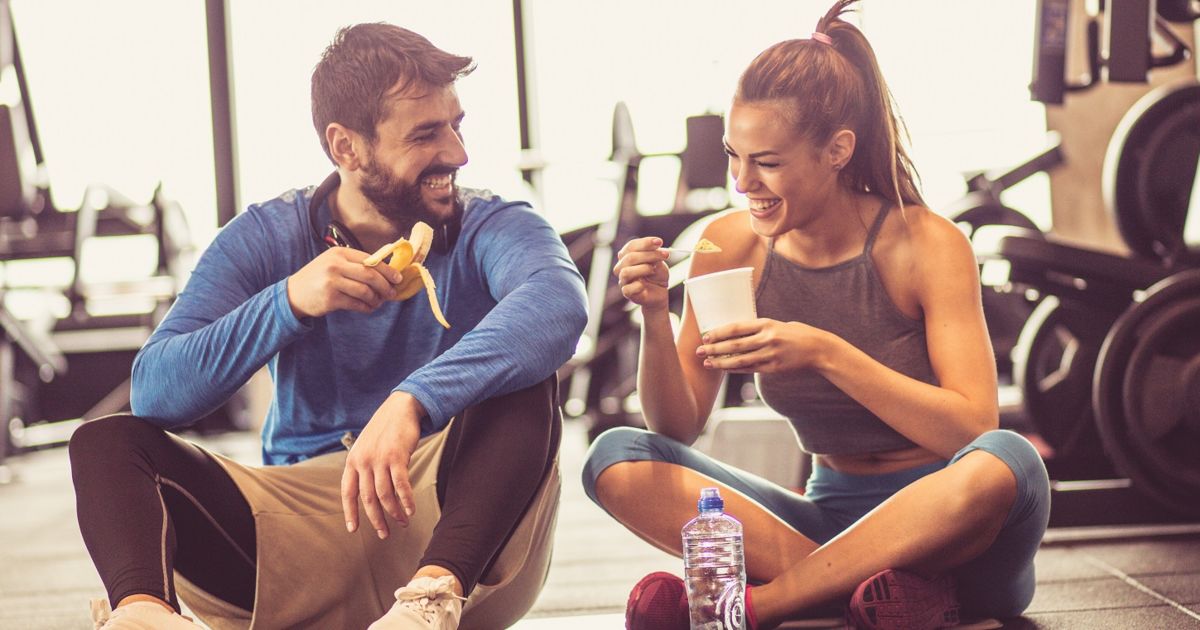 How Paul changed his life without Cola

Let me tell you now about my work colleague Paul: Paul was dissatisfied for a long time because he wanted to eat healthier. Paul has hardly played any sport since he started working after graduation. He also always has a lot of unhealthy foods , like sweets and fast food. But he wasn’t really happy with it. That’s why he tried again and again to make a change in diet and to start exercising again . However, he never managed to do this for very long. Again and again he fell back into his old pattern.

One day Paul came up to me and asked me if I had any idea what he could do. I asked him what he could do without. I gave him the choice to forego the cola, which he always drank in the afternoon, or the chocolate bar, which he always indulged in after dinner. He decided on the Coke and I asked him to consistently replace it for at least 30 days. In addition, he shouldn’t try to change other things. On the same day Paul didn’t get an afternoon Coke.

Admittedly, Paul did not manage to switch to water and unsweetened tea straight away and in between in the first few days he always grabbed a juice spritzer. After a few weeks, however, I noticed that the ball was rolling.

Paul and the domino effect:

After about two months, I noticed that he was also giving up his chocolate bar more and more regularly. I also noticed that he was taking the stairs with me more and more often instead of taking the elevator. It all happened without my asking him to. A few months later he kept telling us how he had been doing sports and every now and then we even caught him choosing a salad at lunch.

Today Paul regularly does sports 1-2 times a week in the evening, drinks a lot of tea, usually takes the stairs and has probably already lost 10 kilos by now. In addition, Paul now makes a happier and more relaxed impression on other people around him.

The changes were all small, came slowly and may not represent blatant changes for many. What matters here, however, is the right direction that has been taken and the sustainability with which it has been pursued further. All in all, I think the changes that Paul has made are really quite impressive.

Note: I’ve changed Paul’s name for this article to keep it anonymous.

Your conclusion on making small changes

I’m sure you can now see how huge the effects of even the smallest change can be. Maybe you want to try it now. I can only recommend it to you. Perhaps Paul’s story also convinced you that it is not so important to always want everything at once. Often it is even better to start with a small change.

If you want to be on the safe side that you don’t have to start over and over, but instead take the right path to your goals, you need a good and proven concept. It is best to follow a step-by-step system that accompanies you from setting goals to reaching them and offers you solutions for difficult situations. I have developed such a system and with it I have already been able to help hundreds of people to achieve their goals. Take a look at my book Become a bastard killer . It is not a classic guide, but a workbook full of valuable tips and practical tasks.

How long does it take to love running?